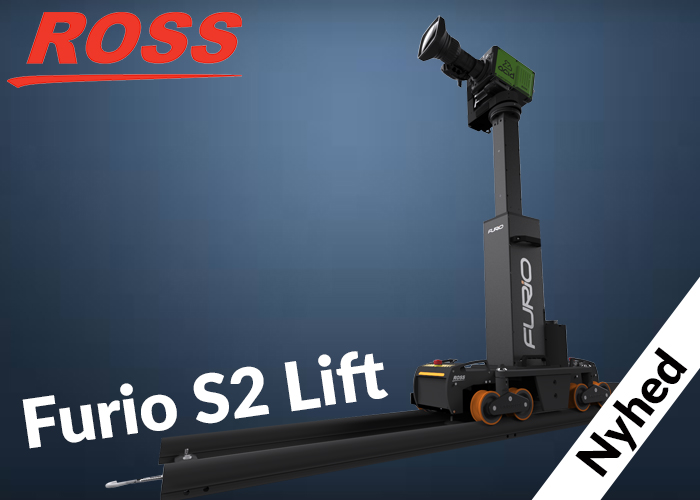 A new Furio S2 lift based on the same core design as the 2-stage lift used in the CamBot 600XY-S2. Featuring a linear rail design for superior linearity, repeatability and reliability, the 2-stage S2 lift provides 50 cm / 20” of extension range, almost on a par with the original Furio legacy lift. This new Furio configuration saves 25% of the cost of the dolly/lift combination. So, for customers that are fine with a slightly lower lift range and height, the Furio S2 now makes the smooth motion shots Furio is famous for a possibility.

Furio Dolly Systems
Since its introduction in 2008, Furio has revolutionized not only studio robotics, but also the way broadcast news is produced. With the ability to produce silky smooth, sweeping on-air dolly shots, which can then be precisely repeated over and over again at the push of a button, Furio allows broadcasters to create more dynamic looks – while also delivering higher quality and repeatability, and lowering operating costs. Unlike jibs or other specialty camera systems, Furio has the capacity to support full-sized cameras and teleprompters, giving it the flexibility to deliver spectacular beauty shots, while also serving as the primary production camera.
As a modular system, Furio is available in a wide variety of configurations, with multiple platforms, lifts and heads to choose from. Select the towering height and unbeatable range of the SE 3-stage lift, the more economical S2 2-stage lift, or a fixed column – or mount the head directly on the SE dolly. System can then be paired with either a VR100 or VR600 pan and tilt head, depending on payload requirements.

Virtuoso Performances
Delivers superior performance in multiple applications, combining speed and height with power and payload capacity, to provide the highest performing, most flexible and versatile rail-based camera system available. Designed with virtual and augmented reality in mind, Furio can be combined with other Ross systems to provide the security of a simple and dependable virtual solution from a single supplier.

Visual Impact
Creates distinctive shots with more fluid and dramatic visuals that make productions come to life, capturing and holding audience attention. Incorporates eye-catching aesthetics that provide a cutting-edge look to programs, not only behind camera, but also in front of it.

Easy Integration
Furio SE Dolly runs on a compact 36 cm (14”)-wide track, requiring less space than a manual camera and operator, making it ideally suited for small studios where space is at a premium. Communicates natively over IP, using a flexible and open API, that makes it a perfect fit for studio automation, whether in combination with Ross OverDrive, or other major third-party systems. 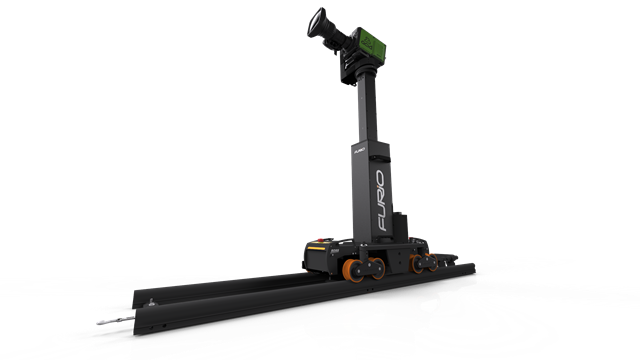